Many farmers and homeowners across Australia keep donkeys. Popular varieties include the English donkey as well as the Australian Teamster donkey, and healthy animals can live for thirty to fifty years – longer than many horses. Unfortunately, donkeys are prone to several serious health problems, including a foot disease called laminitis. Learn more about the causes and symptoms of laminitis, and find out what you need to do if a vet diagnoses this condition.

A donkey's hoof may seem tough and durable, but this part of the body actually comprises many delicate tissues. These tissues (called laminae) hold the wall of the hoof and the bone in the bottom of the donkey's foot together, and healthy laminae are critical to a donkey's strength and stability.

When laminitis occurs, the laminae become swollen, inflamed and painful. This swelling causes increased pressure in the hoof. Left untreated, the laminae will grow weaker and will eventually fail. If this occurs, the bone may permanently shift within the hoof, causing irreparable damage.

Many donkeys suffer from laminitis because of problems with their diet. Obesity in donkeys can place too much pressure on the laminae, quickly leading to permanent damage. Over feeding and/or a lack of activity will often lead to obesity.

Some animals suffer from laminitis due to a hormonal imbalance. This can occur when the animal gets a tumour in the pituitary gland. Toxins in the bloodstream, certain medications (including steroids) and foot trauma can also cause the problem. In some cases, donkeys develop laminitis because the animal is carrying too much weight. If the problem occurs in one foot, continued overexertion can cause symptoms in the other feet.

Laminitis can cause painful symptoms for your donkey, and you may notice that the animal has trouble walking and even getting up off the ground. Vets more commonly see the symptoms in the animal's front feet, which means the donkey will often lean back to relieve pressure on the affected hooves. If your animal has any problems standing or walking, you should suspect laminitis.

Vets will often struggle to help an animal with severe laminitis, and donkeys with advanced symptoms may face euthanasia. As such, you should stay vigilant to the symptoms of the disease, so you can seek early treatment.

Always carefully control your donkey's diet. Introduce a new feed slowly and restrict access to lush pastures, where the donkey may eat too much. Pay attention at certain times of year. For example, rapidly growing grass in the spring months is often higher in sugar, which can quickly cause the animal to gain weight. That aside, you should consult your vet before putting your donkey on a weight-loss programme, as sudden dietary changes can cause other serious health problems.

To correct problems with your donkey's feet, always seek the services of a skilled farrier with the right experience. He or she can trim and shoe the animal's hoof to bring a diseased foot back into balance. Your vet can probably recommend somebody in your area.

Laminitis is a painful, problematic condition for donkeys. Early detection and treatment is vital, as it's difficult to effectively deal with serious cases. For more information, contact your local vet clinic. 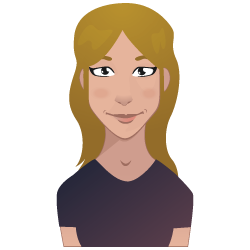 My horses are not working animals; they are distinctly our pets. They spent the first part of their life working hard, and by the time they reach our property, we want to make life as simple and happy for them as possible. It's great to see the difference in a horse that arrived tired and downhearted to one that, weeks later, looks happy and healthy, relaxing in our field. Looking after horses is a combination of comfortable accommodation, good food and loving care. This site is all about how great it is having a horse as a pet and how to look after them to make the horses happy.